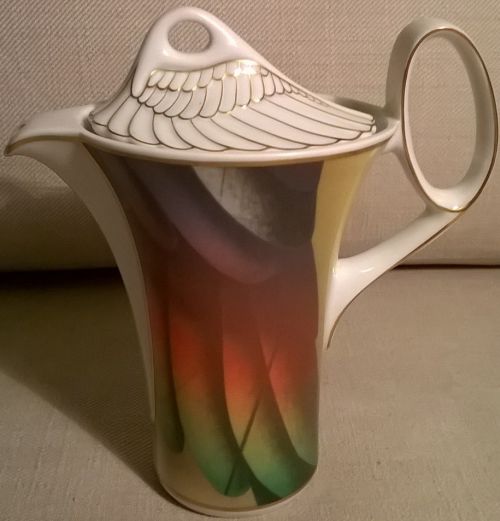 The Mythos pattern was designed by Paul Wunderlich.

The Mythos pattern was designed by surrealist artist Paul Wunderlich in the early 1990s for Rosenthal as a part of Studio Line series.

Wunderlich designed one of the most interesting Rosenthal porcelain services. Distinctive elements of the service were porcelain wings used as cofee cup handles. Unparalelled was also a form of handles used in jugs and creamers.

The creamer is marked: 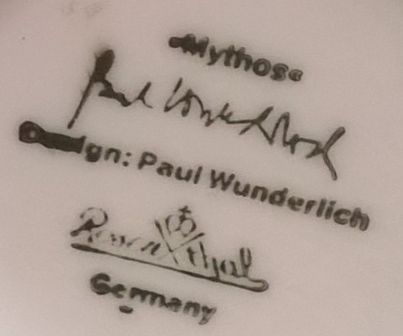