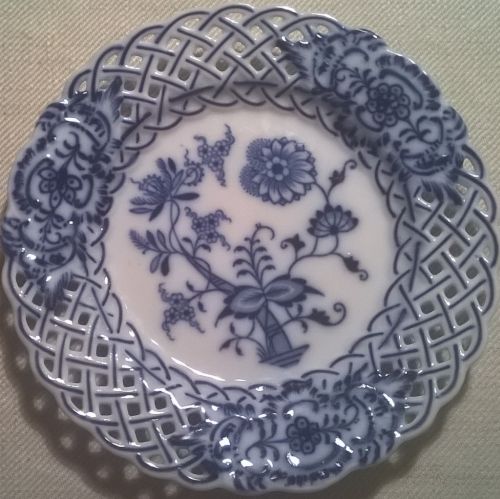 This is a high quality porcelain plate made in the Meissen Oven and Porcelain Manufactory.

The onion pattern plate is marked with 'Meissen" inscription in a circle and a star below. This mark was used from December 1882 to December 1929. 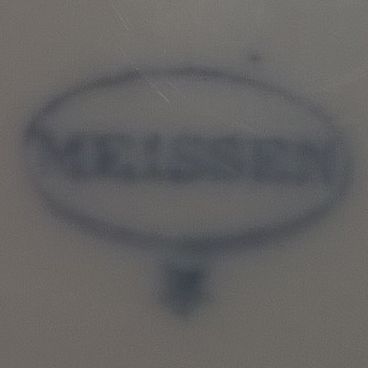 The Carl Teichert factory produced everyday household items. It was established in 1863 by Carl Teichert who died a few years later in 1871. It started as oven tiles producer. In 1880 the manufactory began producing porcelain tableware as well as figurines. It was known for the onion pattern porcelain.