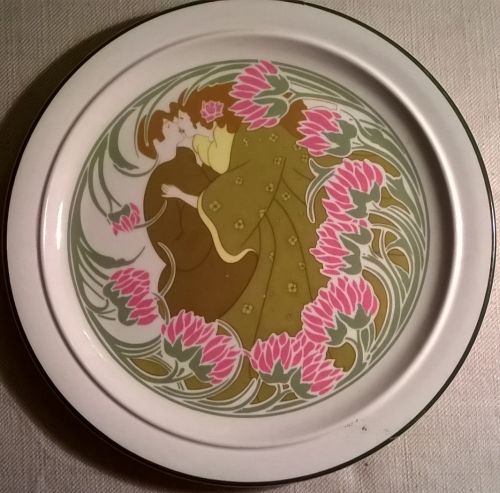 The plate was most probably made in the beggining of 20th century. The decoration resembles works of Alfons Mucha.

The first earthenware Lunéville factory was established by Jacques Chambrette in 1728. They became best known for biscuit figures and large faience dogs and lions. In 1749 thanks to high quality of its production, the factory was named Manufacture Royale de Fayence by former king of Poland and duke of Larraine Stanislaw I Leszczynski.

Chambrette created a new type of earthenware called "terre de Lorraine". The Lunéville factory was able to compete with English and German ceramic centers. Lunéville production was exported to many European countries. Jacques Chambrette established the second factory in 1758. This one was located in Saint-Clément.

In the 19th century a new life to the factory was given by father and his son-in-law - Keller and Guerrin. It was a time of industrialisation and skilful Luneville workers.

The factories of Lunéville and Saint-Clément were in 1922 bought by Édouard Fenal. The former pottery factory in Luneville stopped production in 1981. Now it is a company store. Production is continued in Saint Clément. 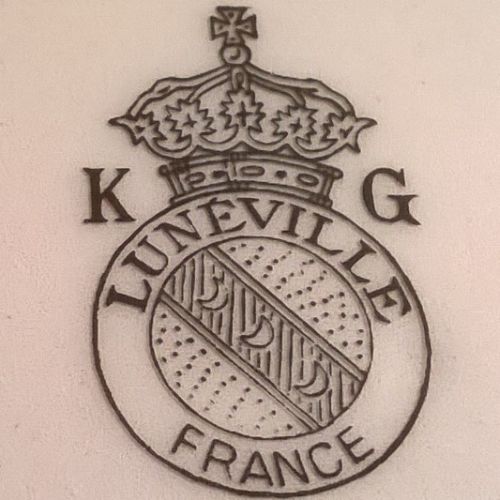