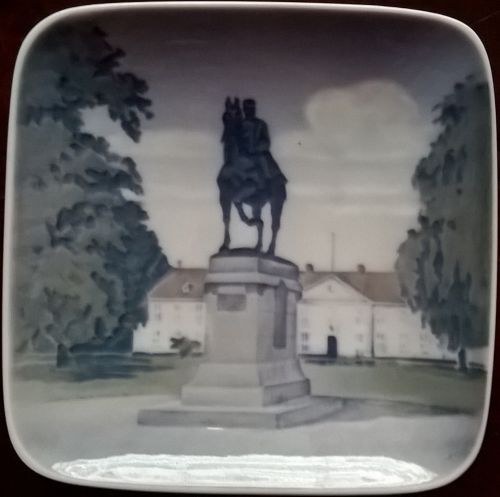 Odense Palace is situated in the city of Odense. This historical building placed on the Danish island of Funen has its origins in a 15th-century monastery.

The monastery passed to the Danish Crown after the Reformation. The main Baroque building was designed by J.C. Krieger and completed in 1723. On the plate in front of the building one can see the monument of Christian IX of Denmark, who was King of Denmark from 1863 to 1906. From 1863 to 1864, he was concurrently Duke of Schleswig, Holstein and Lauenburg.

The plate is marked and signed by author: 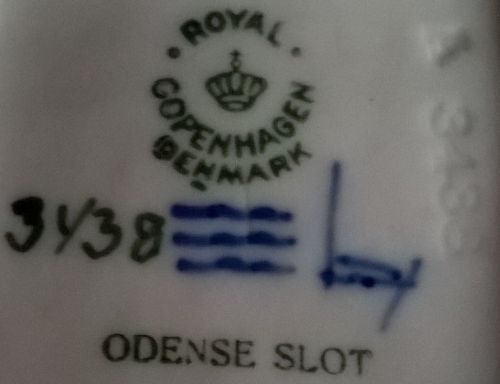