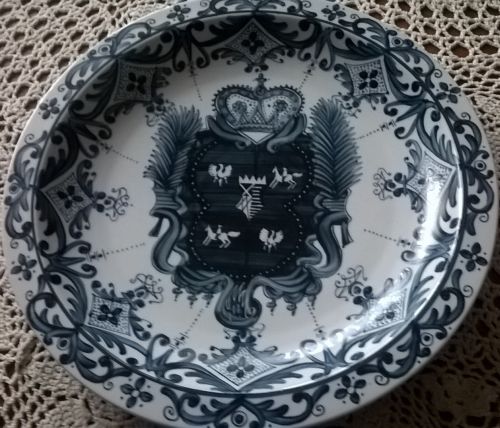 On the plate is painted coat of arms of the Polish-Lithuanian Commonwealth.

The Polish–Lithuanian Commonwealth was a dualistic state ruled by a common monarch. It was one of the largest and most populous countries of 16th- and 17th-century Europe. Generalizing, it covered territories of current Poland, Ukraine, Belarus and Baltic states.

The charger is 32 cm in diameter. It is stamped with the Wawel mark and signed by painter. 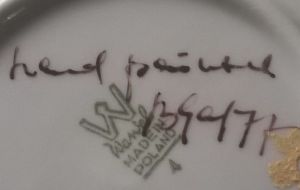 Here it is available on eBay.