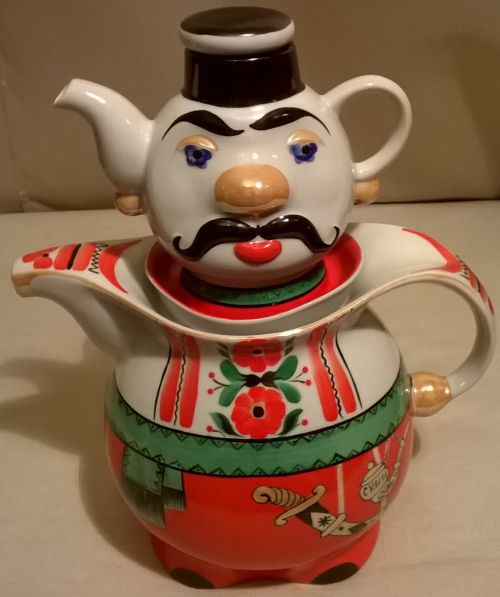 These teapots were made in 1997 by Sumy Porcelain Factory.

The Sumy Porcelain Factory was established in 1963 and first products were produced two years later. Among them were porcelain services, mugs and souvenirs. The factory had to be reorganised in 1992 when the Soviet Union collapsed. Because of the economic crisis the output was reduced by half. Years 1996 - 2002 were a struggle for existence. 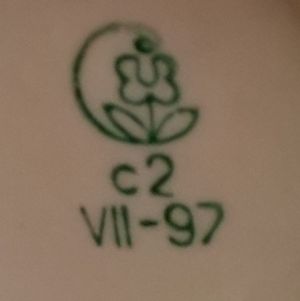 These teapots here are available on eBay.