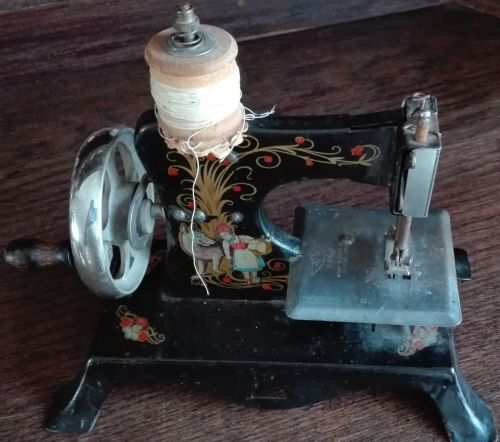 The sewing machine was made in late 1940s in Germany in British occupation zone.

Casige was established by Carl Sieper in German town Gevelsberg in 1902. Name of the company was derived from two first letters in words Carl Sieper and Gevelsberg. Carl Sieper was a locksmith and that's why his firm's logo was an eagle spreading wings and holding a key in claws.

After WWII production started again using pre-war parts. Sewing machines bore the company logo and inscription "Made in Germany, British Zone". The company prospered until 1970, when they had to cheaper Asian competition and changing tastes of children customers.