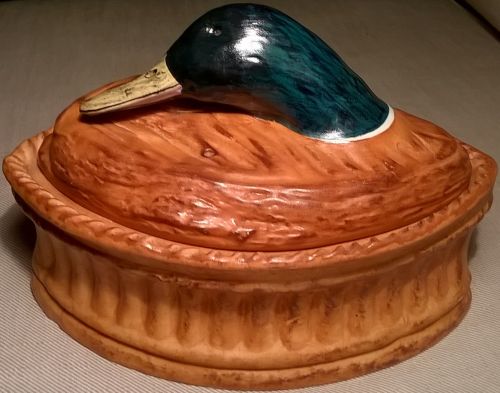 This ovenproof china comes from the Pillivuyt factory.

Pillivuyt & Company of France was founded in 1818. The company ceased operations as a result of the Great Depression. It was acquired by the Deshoulieres family in 1936. The factory is located near the Limoges region and the clay deposits of Saint Yriex. It has been producing culinary porcelain for two centuries.

Founder of the factory was Louis Charles Pillivuyt, who recognized advantages porcelain had over its earthenware and other ceramic materials. He undertook efforts to create the highest quality porcelain. The company was established at Foecy in the Region Central. In 1853 Charles Pillivuyt moved his factory to Mehun on Yevre.

Traditional and artisan Pillivuyt quality porcelain won many medals during World Fairs. The factory is now employee-owned and still operates near the town of Mehun-sur-Yevre. It employs over 300 workers. Pillivuyt porcelain because of its quality and durability is most often used by restaurants.

Game head terrines were created at the turn of the century for baking and serving small meaty game pates. Such casserole dishes were available in different sizes. They date from about 1900 to about the 1960s. There were different designs. Besides the Mallard Duck, as on this dish, there were also Hare, Patridge, Pheasant and Woodcock. They were hand-decorated.

Similar ceramic dishes were originally designed in 18th century to imitate a pastry crust. The reason of this invention were flour shortages that led to speculations on the flour market and rising prices. The cumulation of arising problem was the Flour War of 1775. This solution prepared for nobility allowed cooking pastryless tarts and pies.