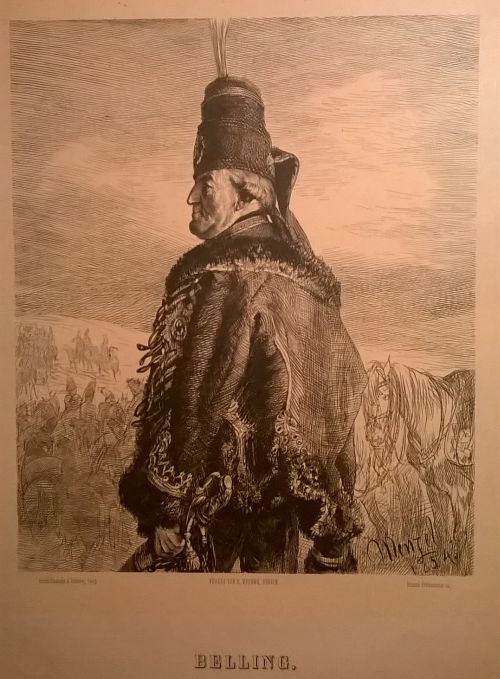 One of the most famous eighteenth century cavalry officers. Born in 1719 in the East Prussia Paulsdorf village (nowadays Pawłowo in Poland). In 1737 he joined the Prussian Army wstąpił do pruskiej armii. During the War of the Austrian Succession he fought at the battles of Mollwitz, Hohenfriedberg, Prague and Kesselsdorf.

In 1758 he became commander of the newly formed regiment of hussars, who soon started to be called Belling's hussars. Their motto was call "Vincere aut mori" (Victory or Death). On the headgear they wore the image of the skeleton, scythe and hourglass.

Belling was successful in the Seven Years War. Commanding five thousand of hussars he delayed the progress of 15 thousand Swedish soldiers. As a result of the War of Bavarian Succession he was awarded the Order of the Black Eagle, and was promoted to lieutenant general military rank.

He was praying with the words: "Lord, you see, your servant Belling is in such a regrettable situation. That's why you shall bring the war to improve his fate and let him continue to praise thy name".