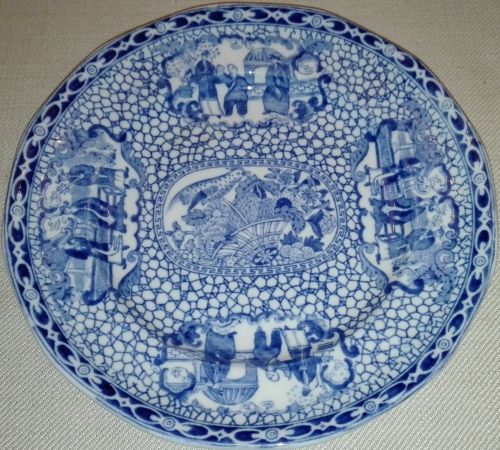 The pattern is named 'Chinese Bird'. It was first introduced in 1780 as one of the first Chinese style patterns produced in English pottery. The pattern was copied and introduced again around 1913. This pattern was popular through 1920s and 1930s. It consists of panels featuring Asiatic birds and oriental scenes. Panels are surrounded by blue and white mosaic.

William Adams & Sons Ltd history dates back to 1769 but Adams family potteries had been running even in 1650. The firm produced earthenware, basalt, jasper and ironstone ware. Blue printed Adams backstamp with reg. no. 623294 china was made by William Adams and Sons of Staffordshire, England. The firm became part of the Wedgwood Group in 1966.

The registration number 623294 dates from 1913. The following inscription appears in a scroll on the base above William Adams' signature:
This pattern was introduced by William Adams in 1780
being a copy of a Chinese pattern & one of the first of its
style produced in English pottery. 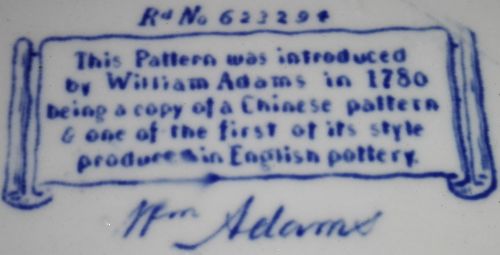